With apologies to rhyme patterns and They Might Be Giants, it’s both the ancient Roman settlement of Volubilis and the then- and current Berber village of Oulili.

Considering we’d only been in Fès for a few days of the Festival and with more to come, we opted to head out to visit, at least according to the guidebooks, the “most remote ancient Roman settlement”. About 60km northeast of current-day Fès, Volubilis was important as one of Rome’s granaries. And the people running this settlement of nearly 20,000 clearly had wealth, as evidenced by the scale of the ruins and the elaborate mosaics. 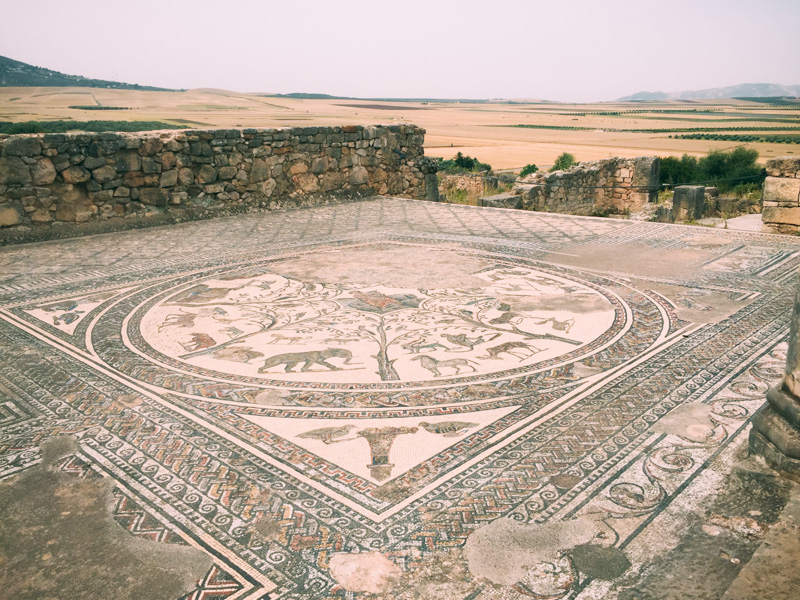 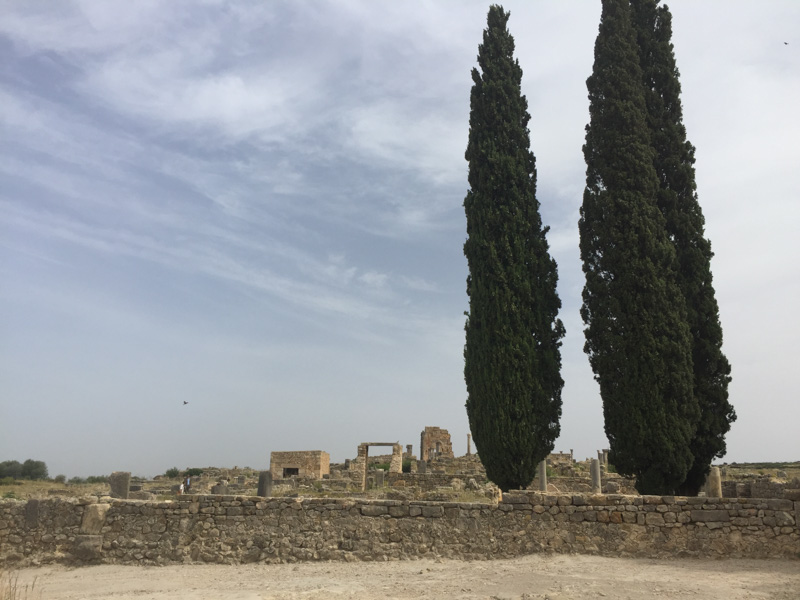 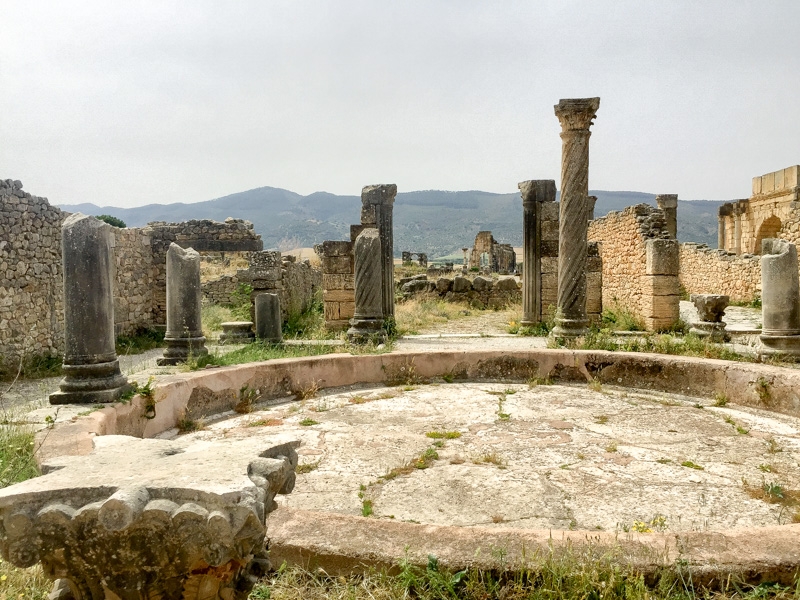 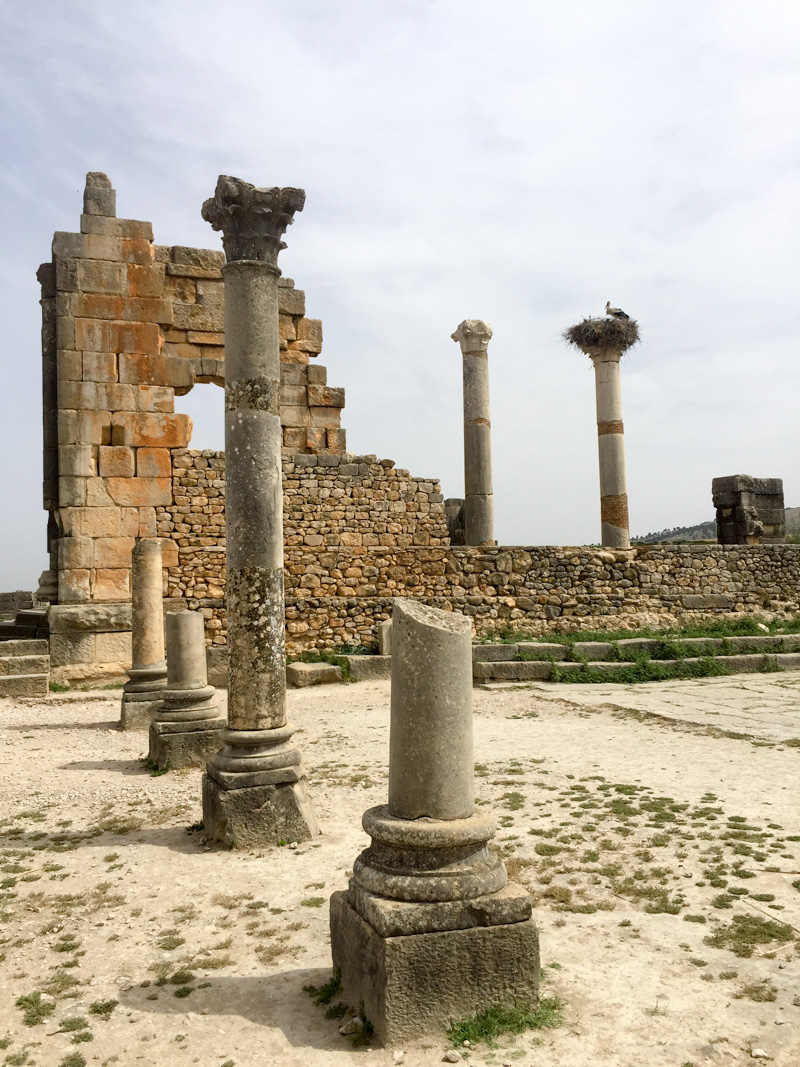 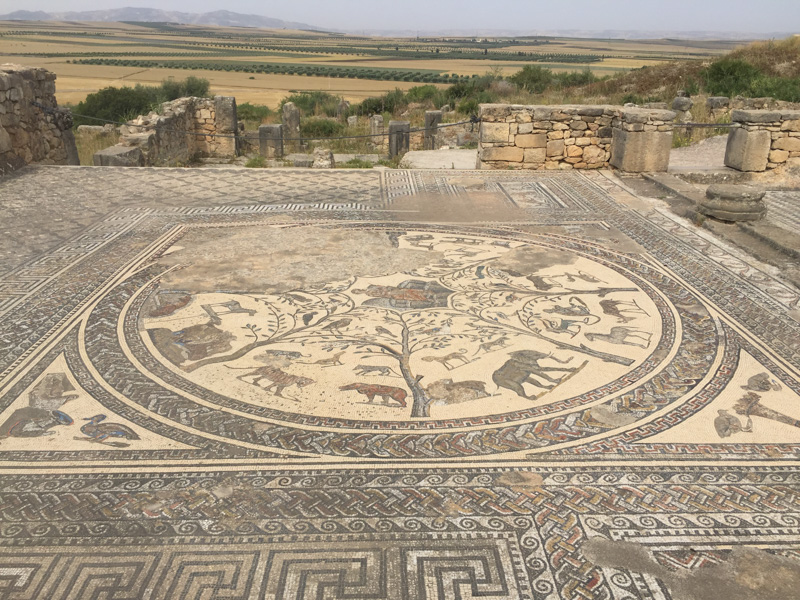 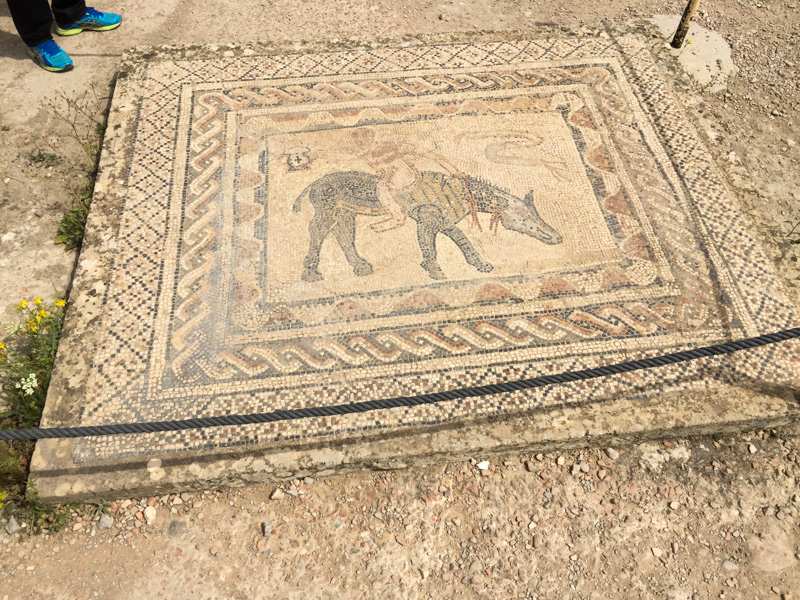 We visited in mid-May and the temperatures were above 100°F. Do bring water, sunscreen or maybe an umbrella. Unless you’re an expert in Roman settlements, the local guides available at the gate to the visitor center are capable and cost about $15 for two hours of tour.

And if you’re driving, note that the speed limits out to the ruins are 30kph—so even though it’s only a few miles it is many hours of slow-moving traffic. 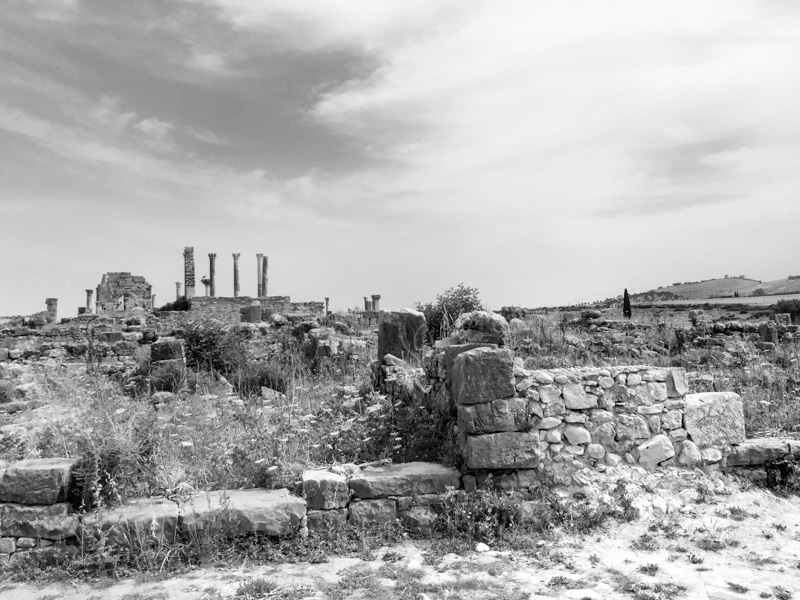