Why did we end up in Vienna—Waltz? No.  Mozart? Nope. Fluency in German? Nein. Love pastries? Not really. @Bourdain?Brainbuzz, germinate a few years, back burner, a “someday we’ll go there, maybe” place. @Louonwine? “High acid, low alcohol, heuriger, biodynamic, crisp, refreshing”. Yes, that sounds about right. 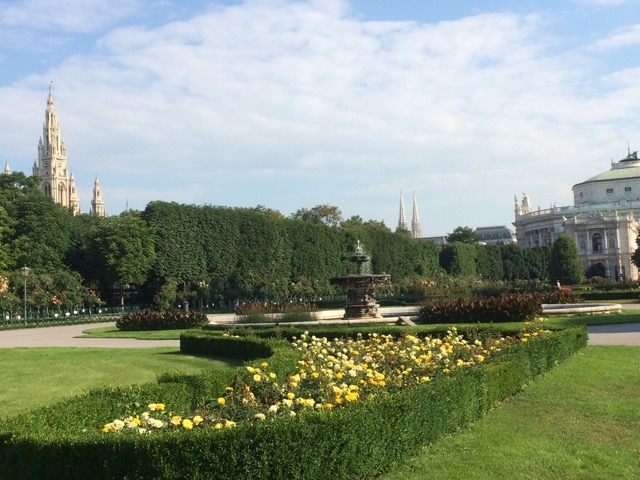 We were due for a visit to Venice as we try to do every five years but also wanted to do some hiking. I had the thought of the Italian Alps, from this point referred to as Dolomiti, clambering up vie ferrate, inhaling as much fresh, chilly mountain air as I could stand. Breath visible and nose ruddy from exertion and excitation. Some of this comes to pass. Some not.

We ended up in Vienna, or started up in Vienna, to be chronologically accurate, because we figured out a V trip that incorporated all of these things and more. Vienna, Val Gardena, Verona & Venice. Very nice. 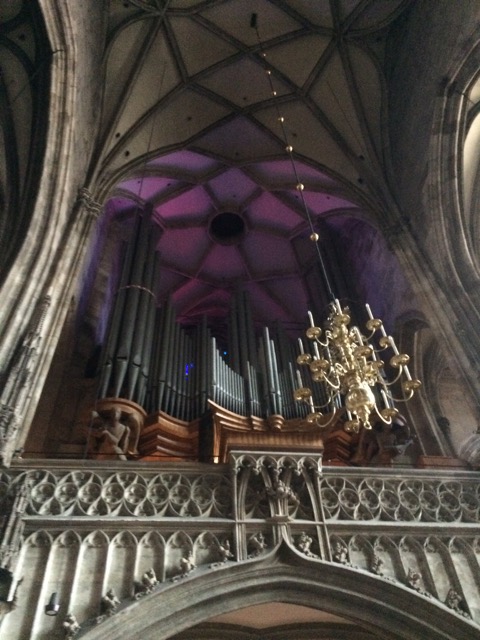 Look up “3-4 days in Vienna” online and you realize there’s so much to see (art & palaces), so much to do (free bikes, heurigen, opera), that you finally see that “yes, this will do”. Above, inside Steven’s Dom in the historic center. 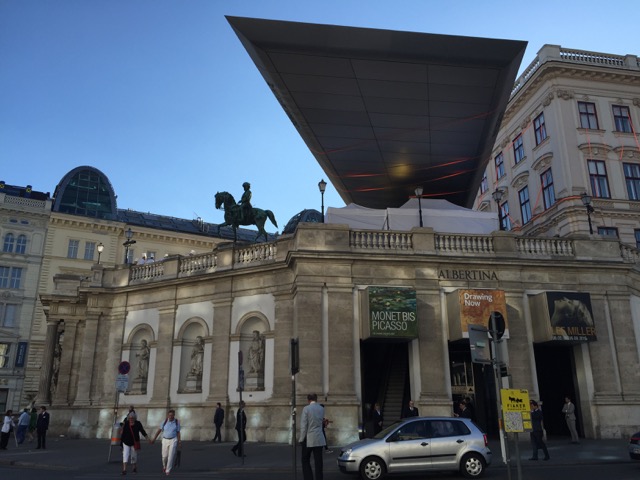 The architecture is amazing, if you like this sort of thing. 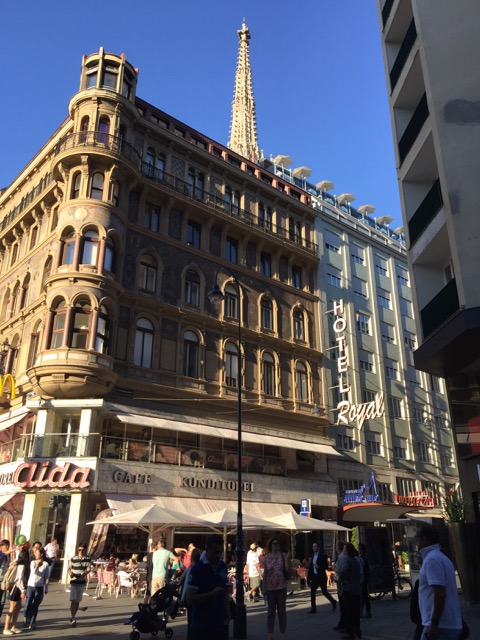 Below, looking up at the Upper Belvedere Palace of Prince Eugene of Savoy. Great collection of artworks here, including a lot of Viennese painters. Do plan to spend some time, you won’t be disappointed. Museums are everywhere in Vienna. 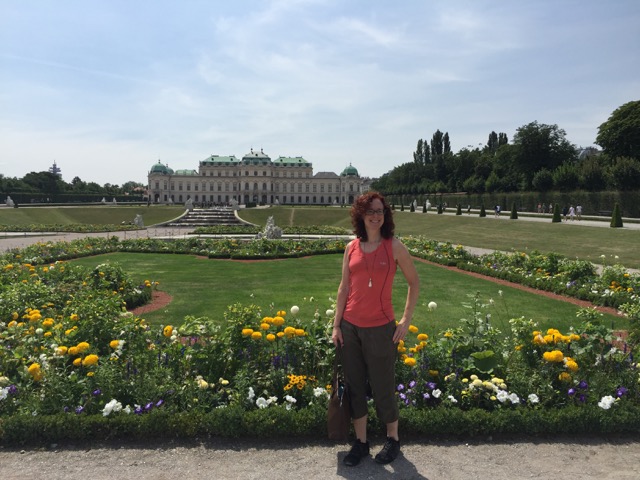 Food? Yes, there’s food in Vienna. There’s traditional Austrian fare like sausages, schnitzle the size of your head, tafelspitz (boiled beef that tastes much better than it probably sounds-be sure to amply apply horeseradish). Perhaps the most memorable dish was a salmon with chanterelles at Österreicher at MAK. 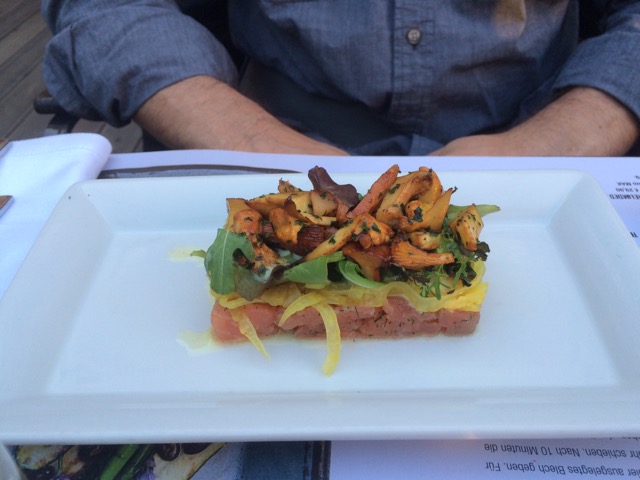 But you can always enjoy some speck, cheese and sun-dried tomatoes while sitting outdoor with a glass of rose. This was at a wine bar in the Nachtsmarkt. If we were in town for a longer period of time, this would be a good place to stay near. Provisions for the apartment and a little something to nosh on now. 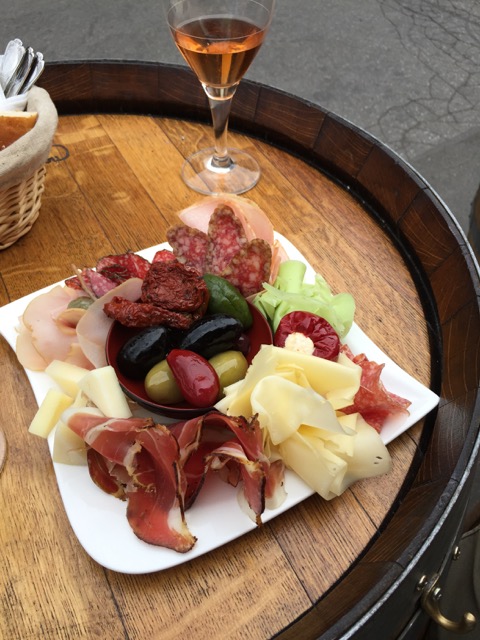 And then there’s Sacher Torte and apple strudel. I’d go with the strudel if I had it to do again. Civilized, fruity and delish with a coffee. 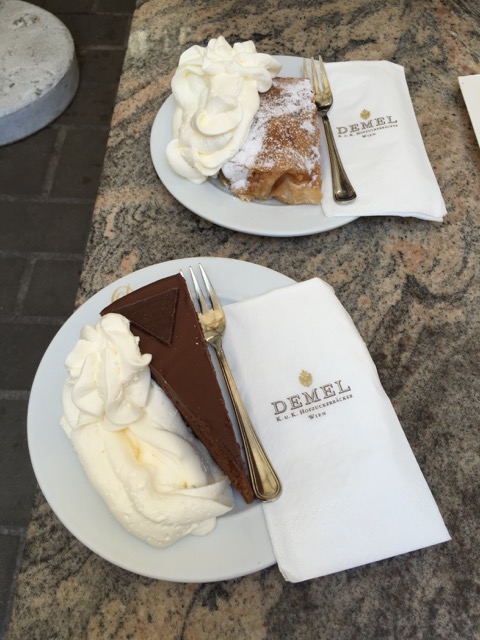 There are free bikes in Vienna. If you’re staying in the historic center, they’re easy to find. Just sign up online (change the language to English by clicking in the left of the gold menu bar), give them a valid credit card and go check out a bike from any of the unmanned bike stations. First hour is free. Then it’s something like a Euro for the second hour and three or four for the next. These are bulky bikes but they do come with a handy basket. Most are 3-speed internal hubs, some are single-speeds. The city is pretty flat so it’s not really necessary to have gears, but I’ll admit I made a point of making sure the bike I was checking out had a shifter. 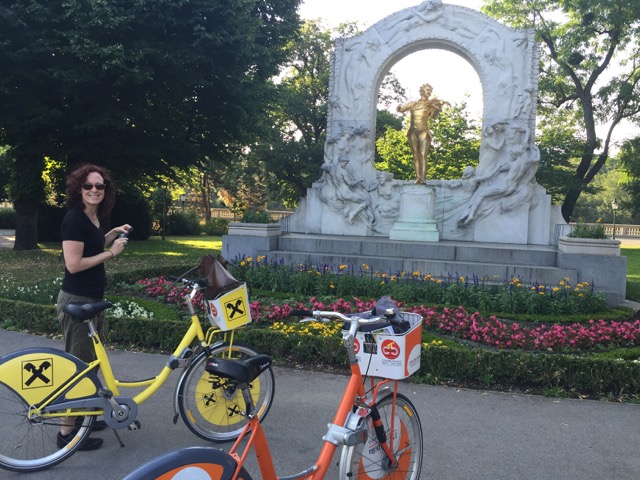 These are great for doing a tour of the Inner Ring (which you could also do on the tram), a ring road around the city’s historic core. But the bikes are cooler and cooler. Yes, we managed to be in Vienna when the temperatures were 8-10° above normal. That’s 8-10° C. 15-20 Fahrenheit. The bikes give you as a resident or as a tourist a lot of freedom. 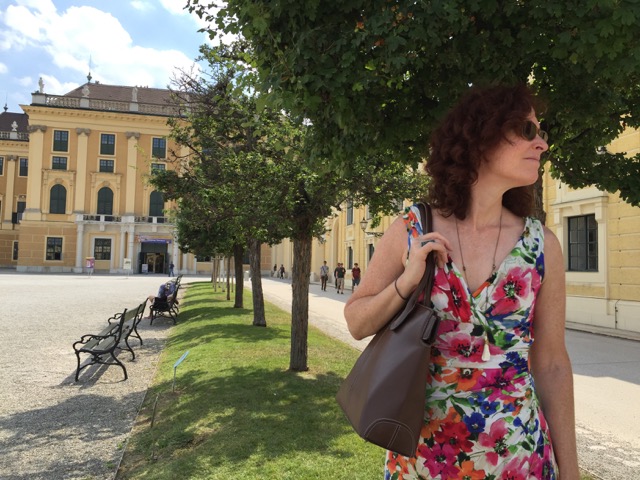 So, it was warm. Fortunately, there is some shade at the Schönbrunn Palace, the “summer palace” of the Habsburgs. 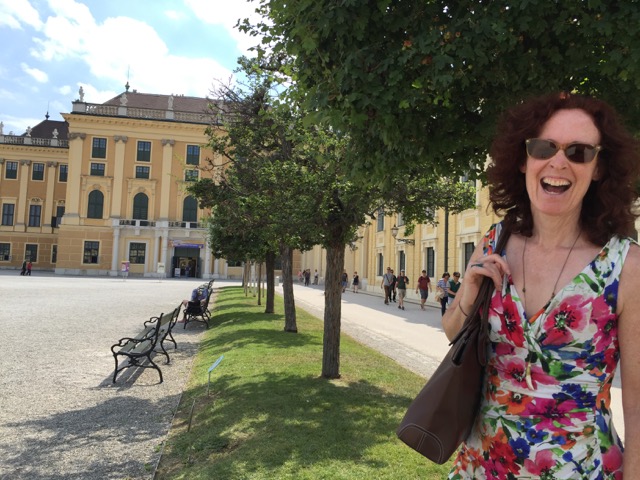 Heuriger: a rustic wine restaurant. These dot the hills of the outer suburbs of Vienna. This one is literally (and I mean literally in the literal sense), less than 100 meters from a tram stop. And there’s another one right next door. It’s a chance to feel like you’re out in the country.

It was our last night in Vienna and we hadn’t yet been to one. So we headed off. People tend to go in large groups of family or friends. Order up some wine at your table. Send another person inside to select roasted pork or quail or potatoes or salad, antipasti or whatever and relax. It’s economical and you may actually end up chatting with some locals. 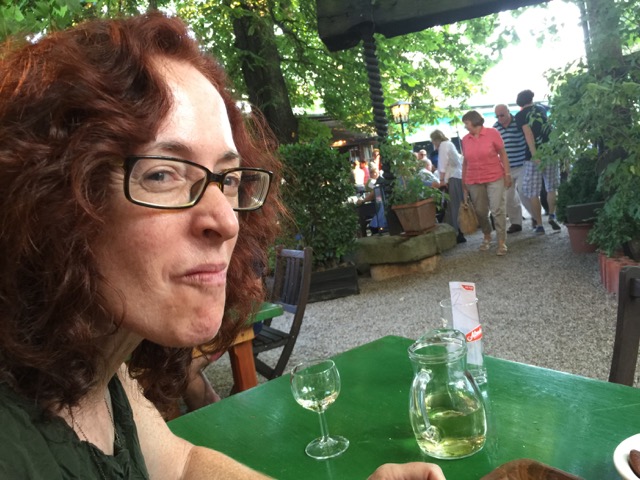 After having a little wine here, we went next door to the other heuriger. We ended up grabbing a corner of a giant picnic table which had previously held 10 people and were soon joined by a local couple who apparently walk over for a glass of wine most nights. They enthusiastically recommended we go (quickly!) to some other place which had better wines and lovely views. A 20-minute taxi ride later we were sitting on a terrace overlooking vines with a sunset Vienna as backdrop. 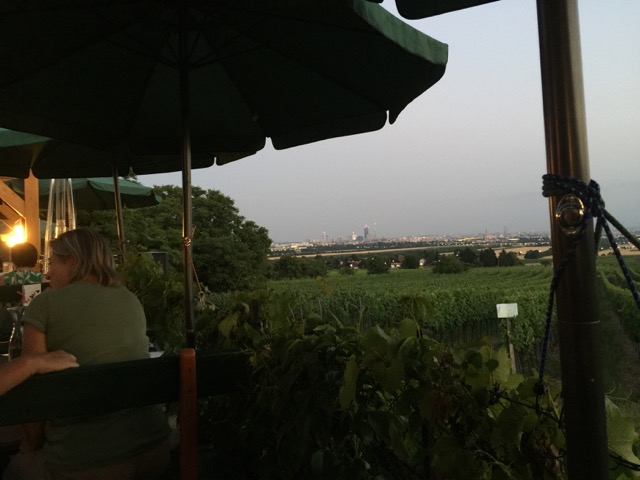 We liked Vienna a lot. A lot more than expected, to be honest. It’s easy to navigate, a lot of English is spoken and there are all sorts of things to do. But, the next Viennese visit will be a little longer and not in the middle of summer.