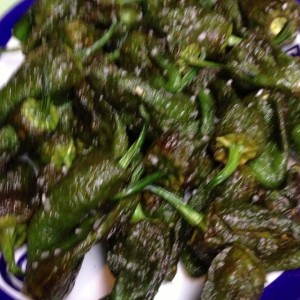 It has to start somewhere. This it happened to be our trip to Galicia in September, 2013.

Nonstop from LAX to Madrid. Then hop another plane to Santiago de Compostela. Pick up the blue Opel and drive about 45 minutes SSW to the town of Noia (which also happens to be known as Noya) on the Atlantic coast of Spain, just an hour or two north of Portugal.

As is our wont, we wanted food. Pulpo, in particular. Octopus, in case you’re not a veteran of Spain. Boiled octopus that’s then cut and grilled and dusted with pimentón (smoked paprika). It’s a texture thing. It’s a flavor thing. And maybe more than anything else, it’s a “you know you’re on holiday thing”. 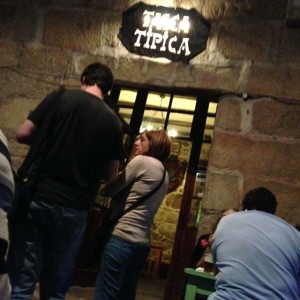 We stayed in the lovely Hotel Noia, a relatively modern place with a desk clerk named Juan Carlos who was charming in at least 4 languages. If you find yourself in Noia for a night or two, I’d highly recommend it. Very clean. Mod cons. Just a few hundred meters from the restaurant recommended to us when we asked about pulpo, Tasca Tipica . We lucked out in that we were starving and jet-lagged although it was still embarrassingly early and even light outside when we arrived, they were willing to serve us. We grabbed the second of 8 outdoor tables (more room inside). By the time we’d had our first (and among the best) pulpo and padrón peppers for our trip, people were crowding the door to eat and drink. The crisp local white is called Albariño and is usually an excellent companion to seafood and peppers. We would enjoy lots more albariño over the next couple weeks. 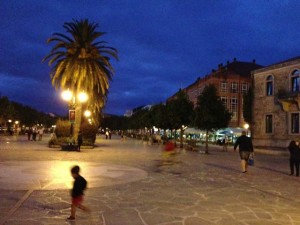 Energized from a good meal and wanting to explore before the inevitable crash that comes from 20-ish hours of flying over 6 time zones, we opted to stroll further afield and came across the big town square, cafes along one side. Children playing, houses on the far side of the square up-lit, outdoor bars with TVs showing Barca playing some team (Celta de Vigo, maybe?). Anyway, we enjoyed the low-energy bustle of people just being people and sat down for another glass of albariño as the match finished and our briefly renewed energy faded.

Why were we in Noya, er Noia? Tell you soon.